WE HUNT FOR WHAT NEEDS TO BE SEEN BY THE WORLD 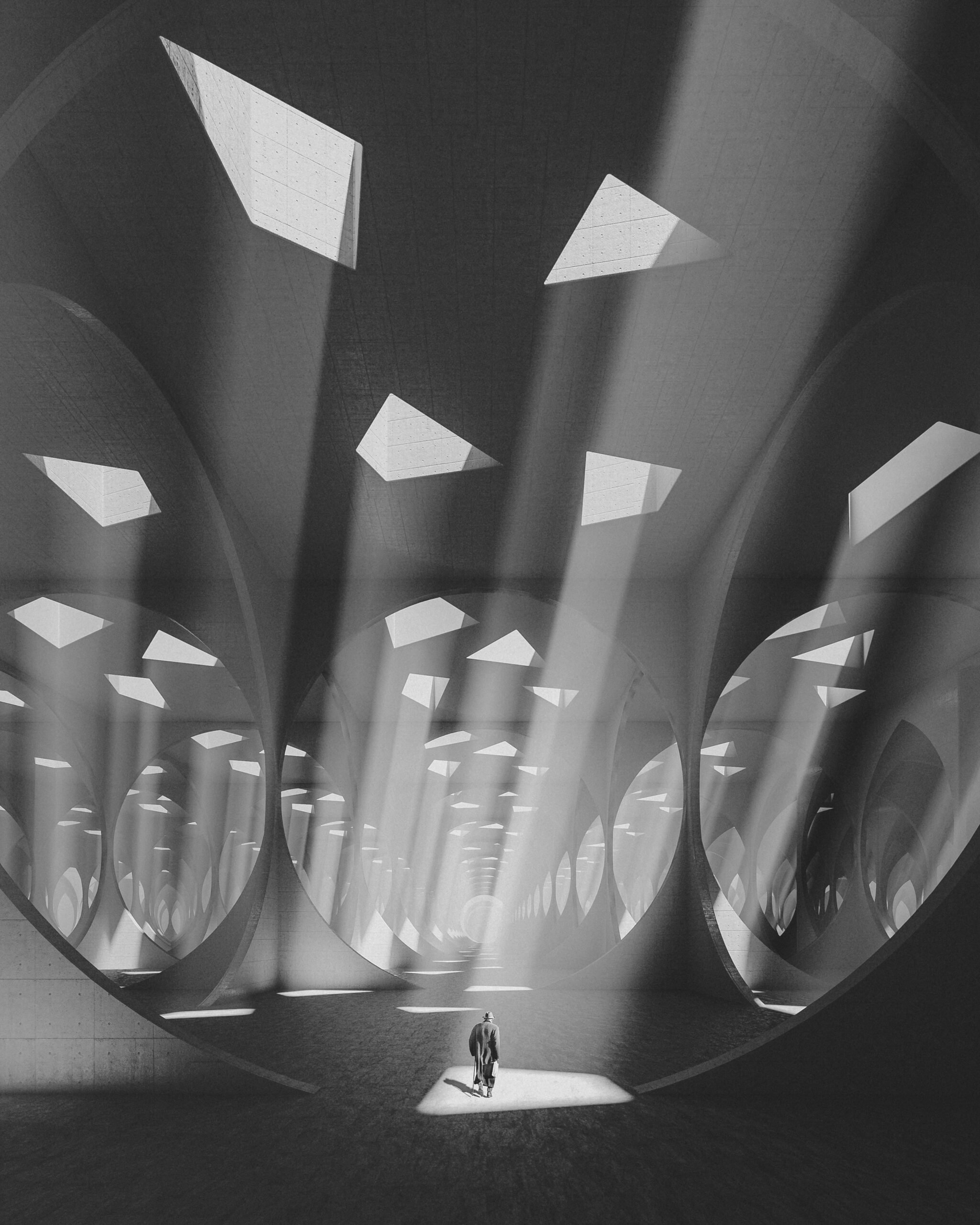 Architecture Hunter was born on Instagram from the most genuine obsession with architecture & design in 2013.

From a simple hobby of hunting down architectural references, throughout the years the fascination with humans' endless creativity made our hunt unstoppable. Thus, we've been restlessly inspiring, informing and entertaining an worldwide audience of more than 3 million people, through diverse ways of communication.

Passionate about audiovisual, we believe that this tool has the power to convey messages in the most engaging and touching way possible. Hence, in 2021, we created our YouTube channel, publishing original short films produced by us, and a curation of videos of several filmmakers from all around the world.

In 2022, we finally launched our new digital content platform, what we kindly call "an audiovisual-magazine", followed by the belief that this new way of media concepted by us, is the most legitimate and complete channel to communicate with our audience.

Today, our multidisciplinary team is moved by the need to show the world the essentiality of architecture & design.

Inspire, inform and entertain. What guides us in the creation of any agenda on our digital content platform is the combination of our 3 pillars, which consequently brings inspiration through infotainment.

In a world that is paradoxically flooded with information and yet, at the same time, lacking in depth, Architecture Hunter proposes slow content. Every week a selection of subjects related to Architecture & Design we believe the world needs to know about. 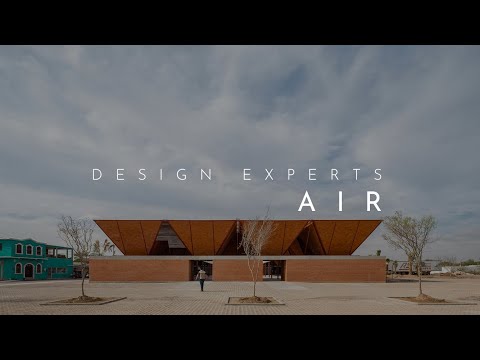 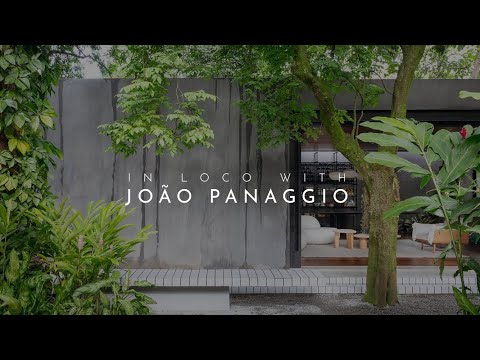 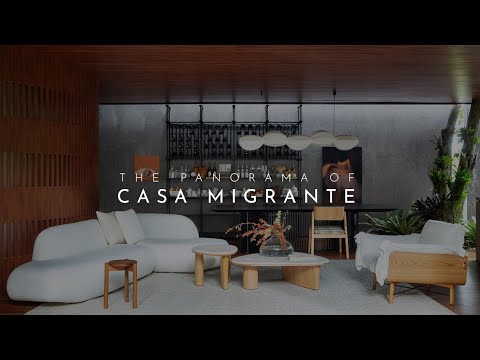 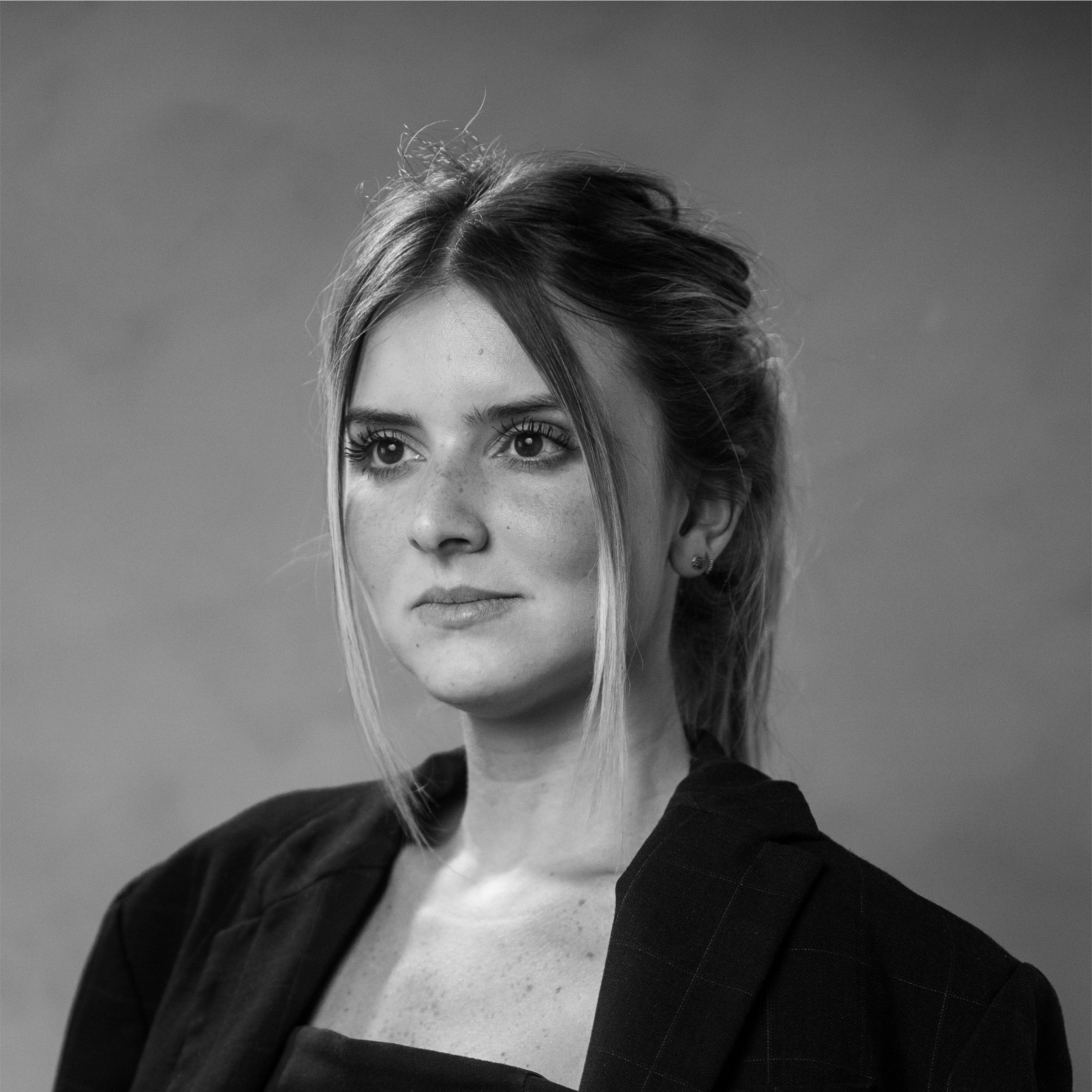 AMANDA FERBER
Born in São Paulo, Amanda Ferber graduated from the school of Architecture and Urbanism of Mackenzie Presbyterian University in 2018. Realizing that she had an extensive collection of architectural reference work on her phone (that was created as a means to study for college) she decided, unpretentiously, to open an Instagram page to share its curation in the year of 2013, named Architecture Hunter.

During her academic life, Amanda interned at studioMK27, led by renowned Brazilian architect, Marcio Kogan. Halfway through college, she realized that her passion leant towards architectural communication, and not necessarily to actually design. Thus, she started an internship at ArchDaily, where she worked for two years in total.

In 2018, the Architecture Hunter page already established itself as the largest independent architecture profile in the world with millions of followers. After finishing her academic studies, Amanda began to focus on turning the brand into a business. Thus, she also began to attract the attention of some international mediums, and at the age of 23, she appeared on the cover of the Italian magazine Beesness. In this edition, she had her story told with other young women in the business world. In the same year, Amanda was invited to speak at the “Viral Voices” panel for the American Institute of Architecture in New York.

Through a studioMK27 nomination, Amanda entered the prestigious Forbes Under 30 list at the age of 24. In 2020, she was reckoned number 1 among the 125 biggest architecture influencers from around the world by Feedspot. The following year, Architizer included her in the list of “100 Women to Watch in Architecture”. And in 2022, she got to be on the cover of the Brazilian magazine about business and entrepreneurship, The President.

Currently, in addition to being an ambassador for the North American application network Morpholio, Arkos Brazil and LG Magenta. Amanda also takes part as a jury member for renowned international Architecture and Design Awards, such as Architizer’s A+Awards, Architizer’s One Drawing Challenge, Loop Design Awards and Re-Thinking the Future.

Besides being CEO and editor-in-chief for Architecture Hunter, Amanda also travels around the world, giving lectures to architecture and design professionals. The themes permeate strategies on how to use social networks as a positioning tool in the market, and on the power of architecture as entertainment. 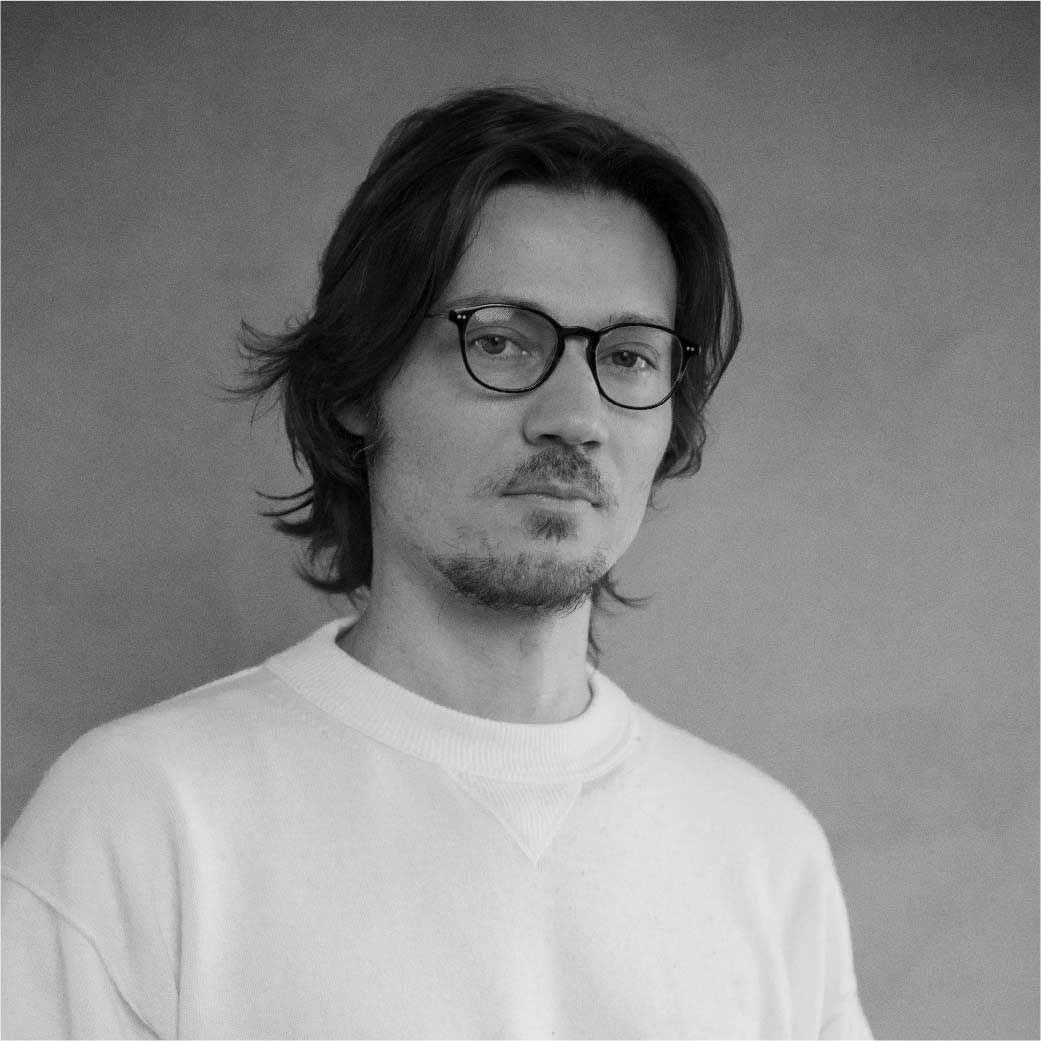 LUIZ FERRIANI
Luiz was born in São Paulo. He started his career in cinema and advertising as a freelancer. Later on, he decided to open his own business.

Luiz is a former founder of Spray Media and NWB Network Brasil. He supervised advertising productions for clients like Coca-Cola, Pfizer, Reckitt, Samsung, and PepsiCo. Among his most prominent projects are Quebrando o Tabu and the feature film Abe. He also has in his portfolio television series such as Carcereiros and documentaries such as Coração Vagabundo, among others.
​
Ferriani became Architecture Hunter's partner in 2020. 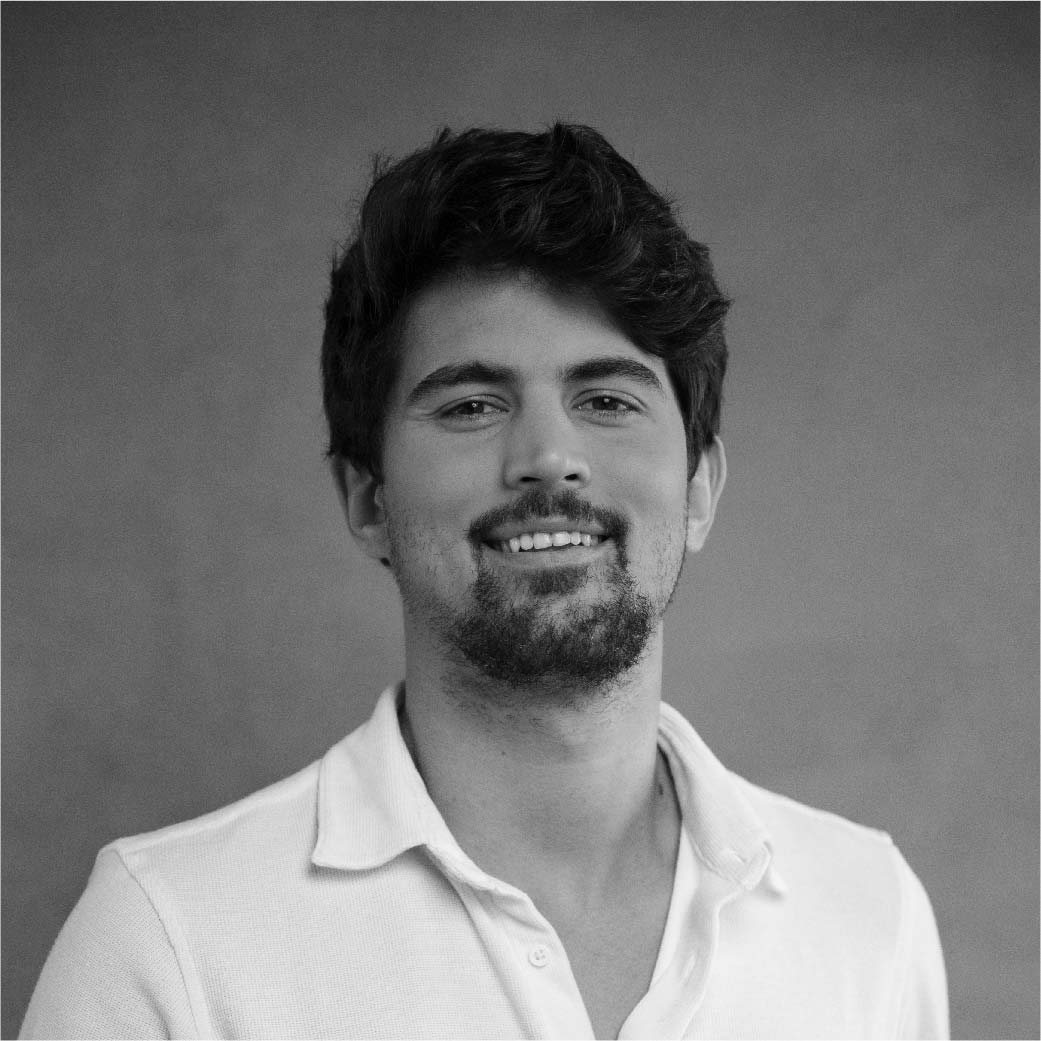 MATHEUS GAIT
Matheus is from São Paulo. He studied Business Administration at ESPM-SP. He is a former Executive Producer and one of the founders of Amostra 55, a film-producing company based in Brazil. He coordinated advertising productions for clients like Rappi, Microsoft, Jeep, and Bradesco Prime Bank.

Matheus started his career in the commercial area of ​​startups, which brought him a good perspective of business and sales. He has been helping to produce content for Architecture Hunter since 2018 (back when he worked with Amostra 55).

In 2020, he became a partner at Architecture Hunter. 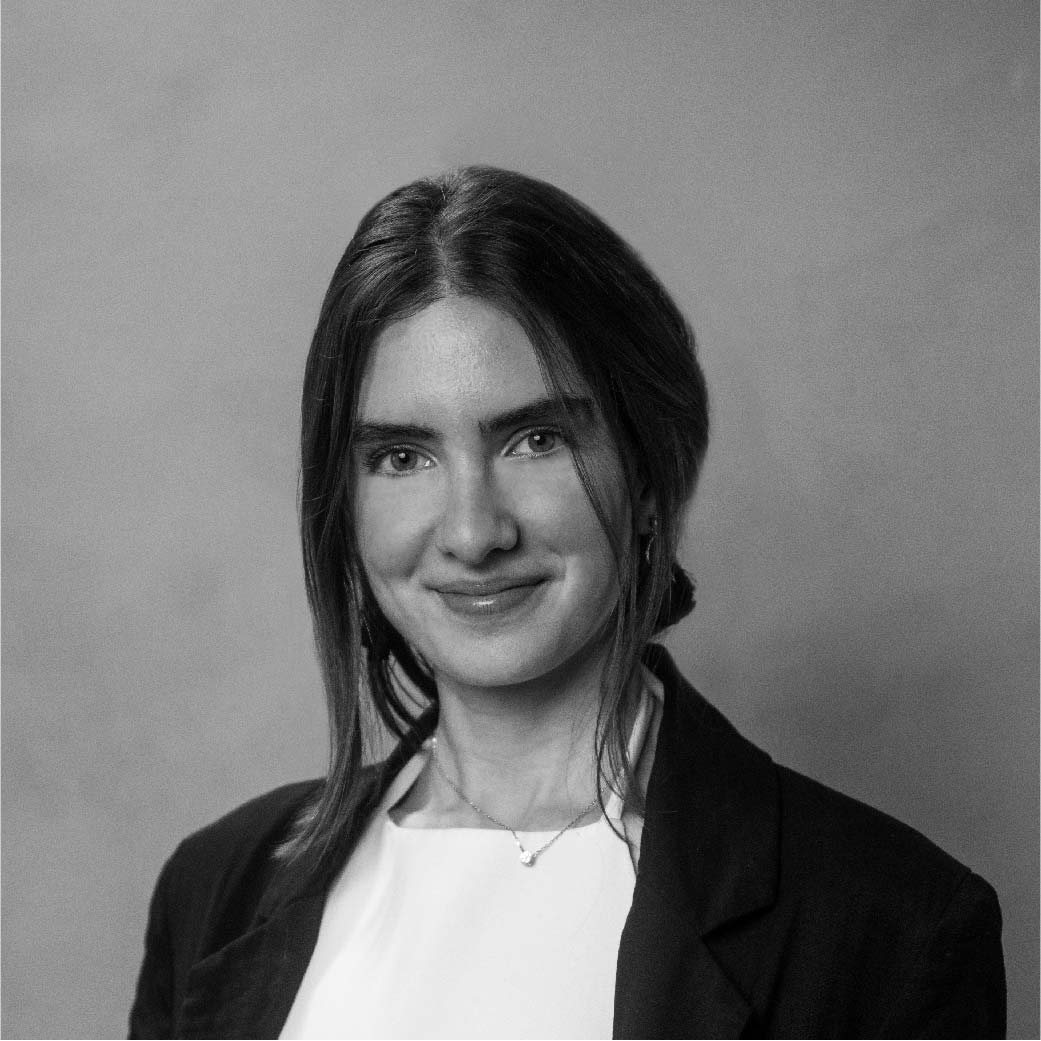 SOPHIA VALERIO
Born and raised in São Paulo, Sophia comes from an Italian family. Since she was little, the art world has always been interesting to her, which made her decision to study Architecture and Urban Planning a no-brainer.

During university, Sophia experimented with entrepreneurship and digital design in her brownies company, which gave her sparkle in the business world apart from architecture. In parallel, she worked as an intern in architectural offices, developing a range of project scales from urbanism to interior design.

After living abroad for a while, she has decided to invest in digital marketing and branding, studying Marketing and Digital Media at FGV, matching the best of both worlds in Architecture Hunter as Content Hunter Coordinator. 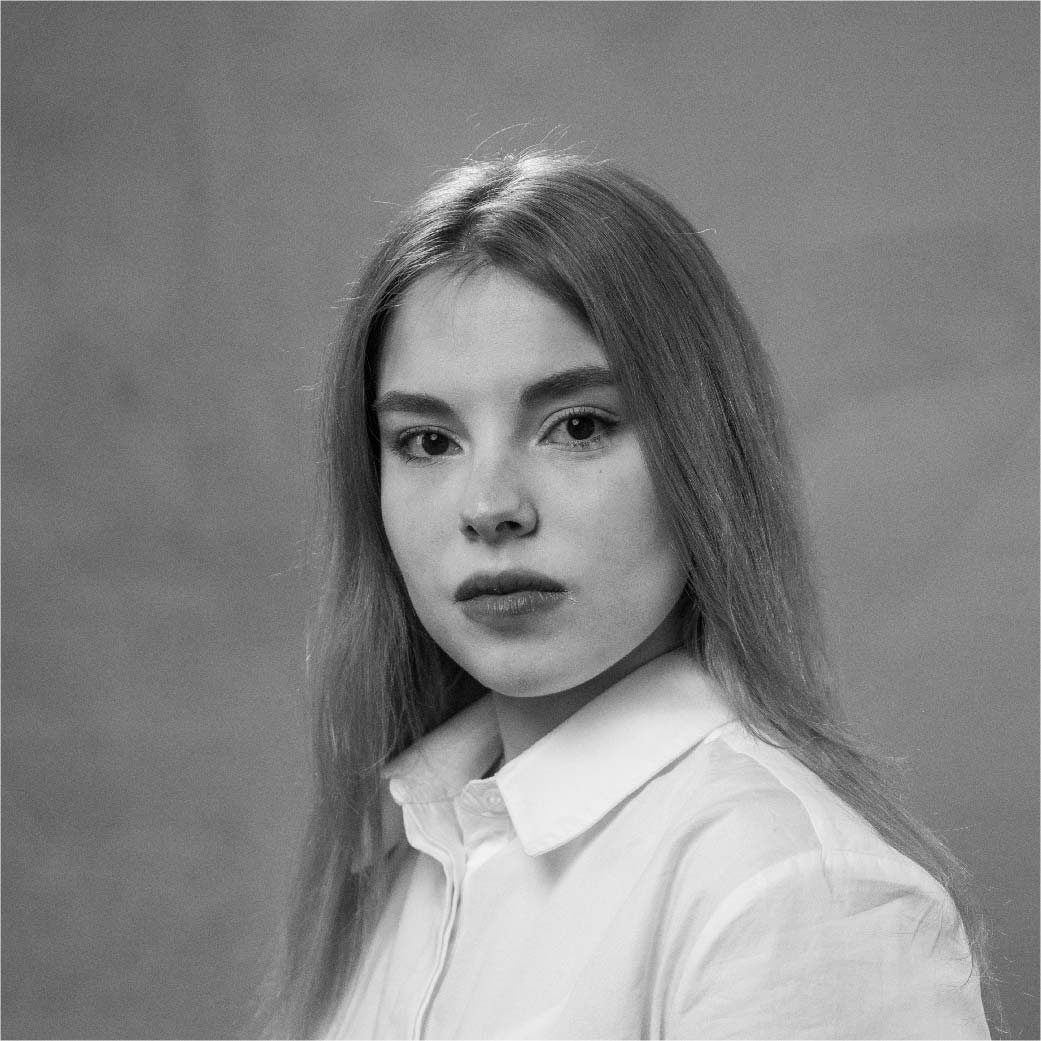 NATALIA FARINA
Natália is an interior designer born in São Paulo. She has a degree in Belas Artes and has developed in different areas such as scenography, art production and photography.

After working in an art gallery, she decided to pursue a creative career combining hunting and design. Today she works as a content hunter at Architecture Hunter. 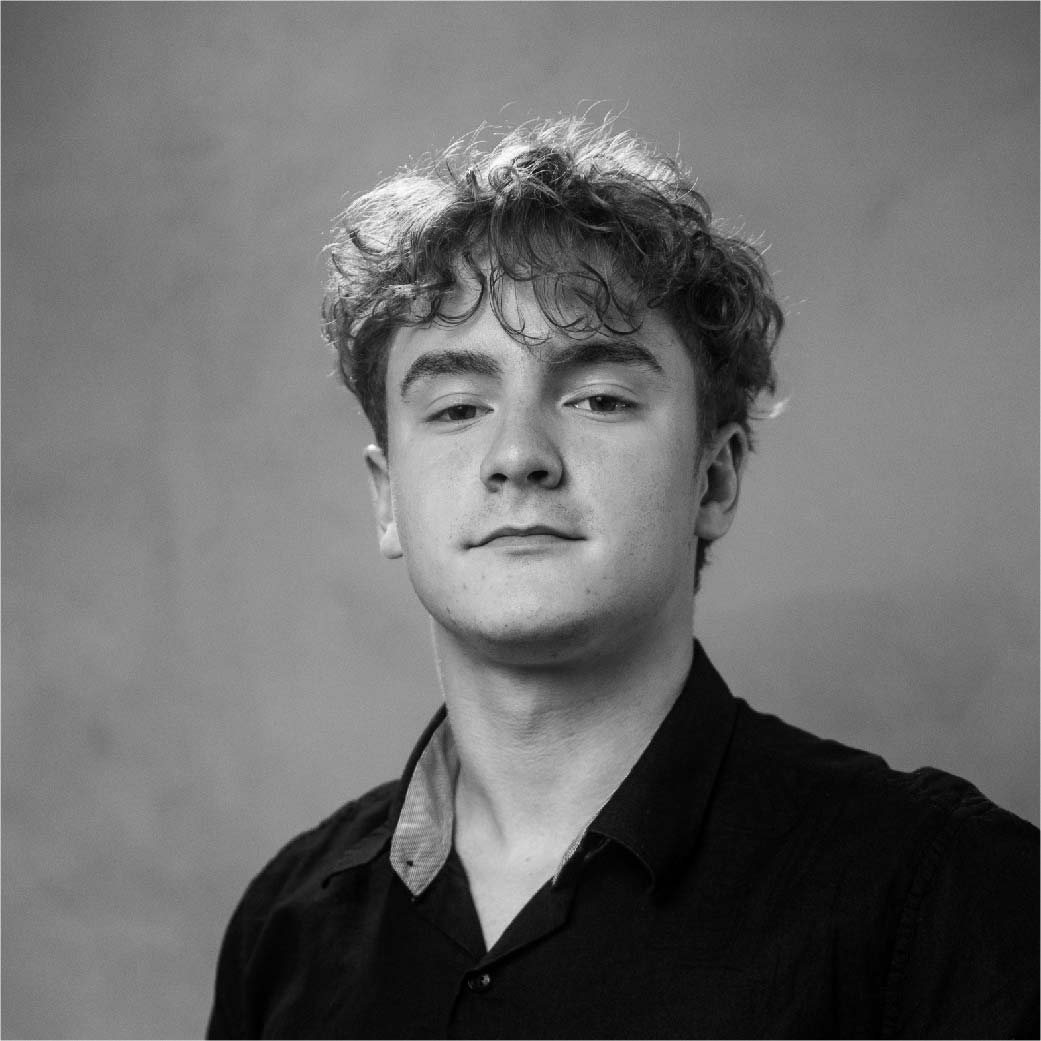 PEDRO PAHL
Born and raised in São Paulo, Pedro graduated from Full Sail University with a Bachelor's Degree in Computer Animation, where, in 2018, he was awarded the Valedictorian title for highest GPA. He is currently majoring Business Administration at ESPM for over 3 years.

Known for his proactive behavior and tech savvyness, Pedro has experience in product development for brands such as Procter & Gamble, The Ronald McDonald Institute and Walt Disney. In early 2022 he was an intern at Spinoff Digital, a digital marketing agency. 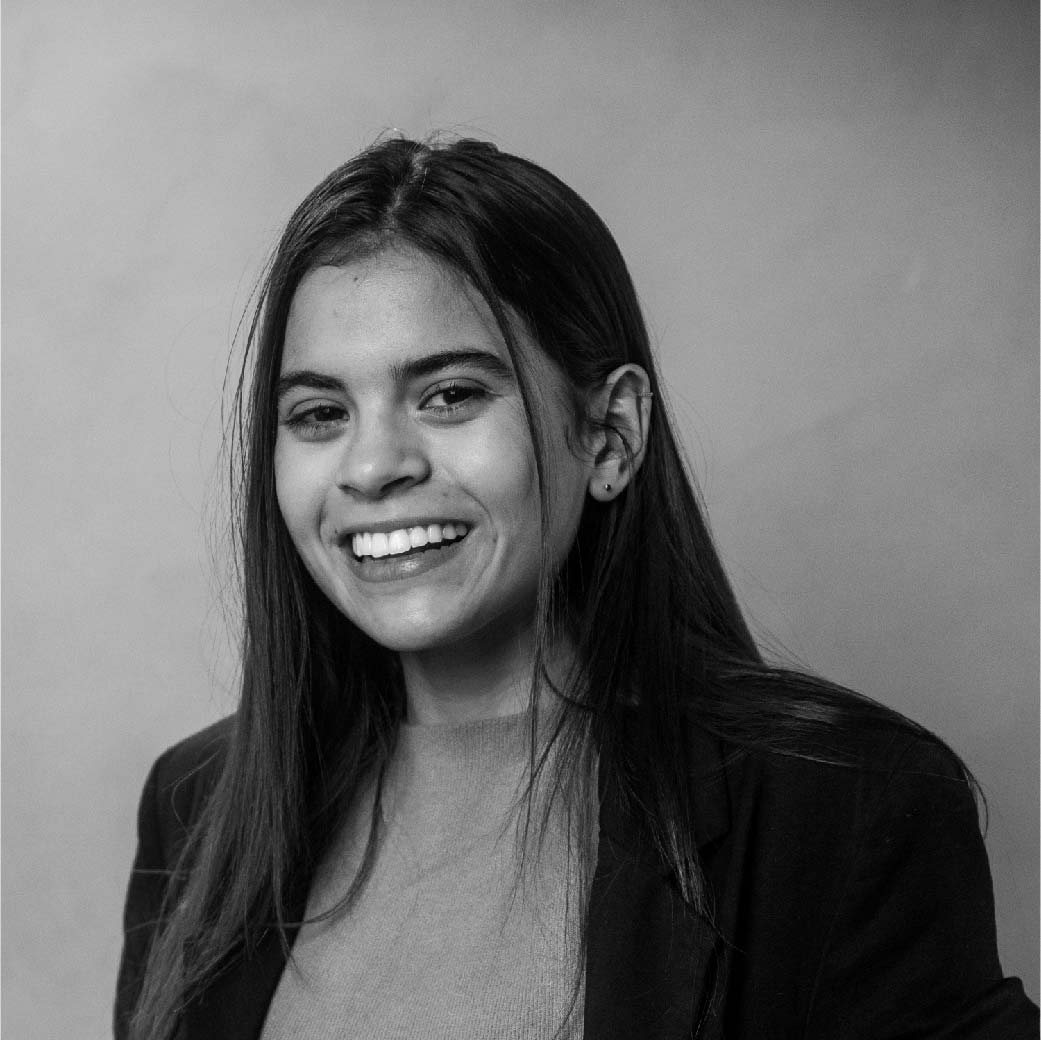 GABRIELLA FREITAS
Gabriella is from Vitória, Espírito Santo. She graduated from high school at Mackenzie, São Paulo. Currently, she lives in San Luis Obispo, California. She has been majoring Architecture and minoring Construction Management at California Polytechnic State University for three years.

She has always been interested in architecture and graphic design. She is a content intern at Architecture Hunter since 2022. 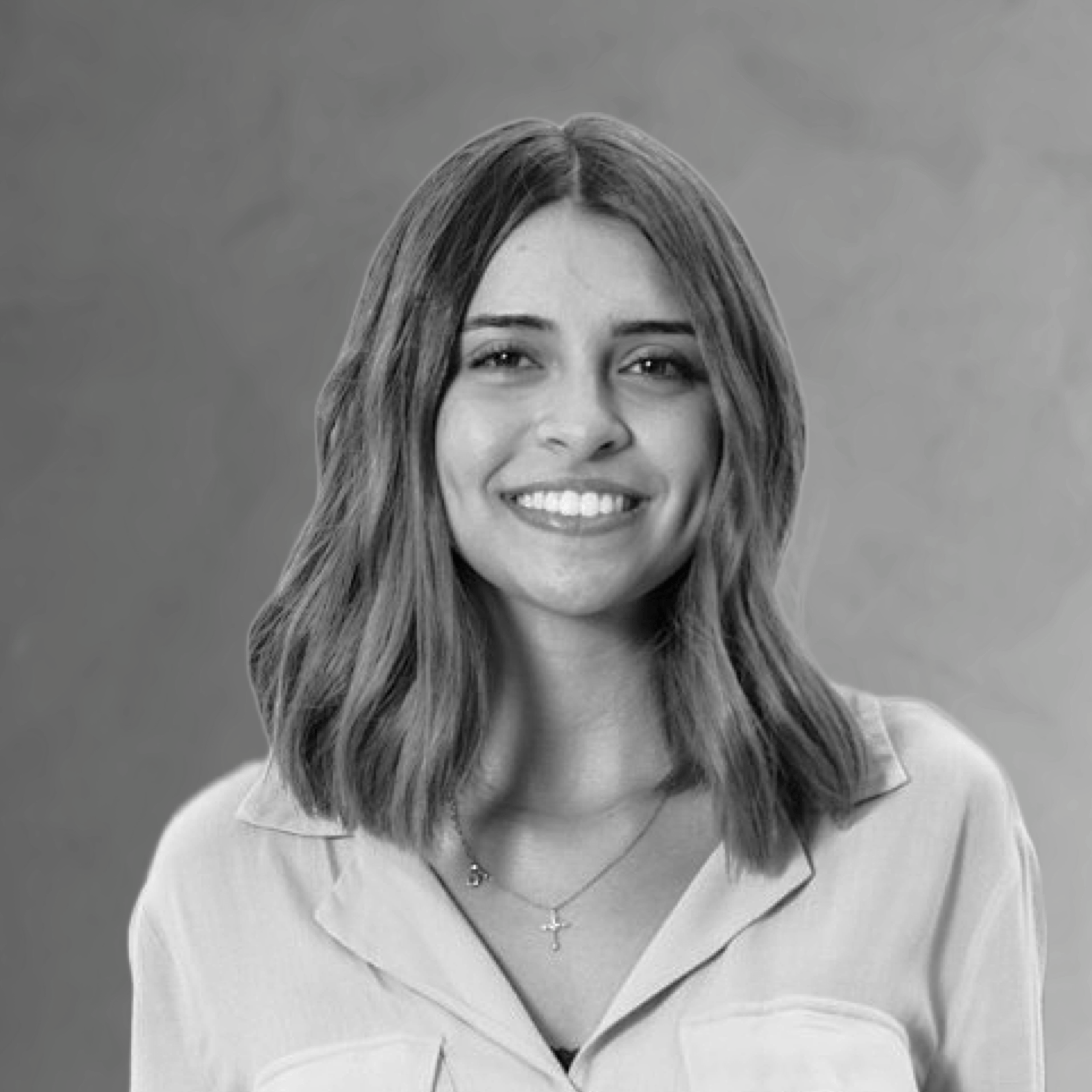 ANA BEATRIZ CARRION
Ana Beatriz is from Sorocaba, São Paulo. She was the first Brazilian intern to work at Casai, start-up that provided hospitality and technology in Latin America, working with project management and data analysis. After that, she got experience at the finance area from a design studio, Mica Azulejos, and was content assistant for the journalist Winnie Bastian, increasing her knowledge about design.

Through her Architecture and Urbanism studies at Mackenzie Presbyterian University, she was an English tutor at ConversationClub, a partnership between Coordination of International Cooperation and EducationUSA, helping people from all academic levels. She worked at the Laboratory for Projects and Public Policies, being able to write an article accepted by the Forum Mackenzie about educational experiences in the city for children and urban planning.

She is Community Manager at Architecture Hunter since 2023. 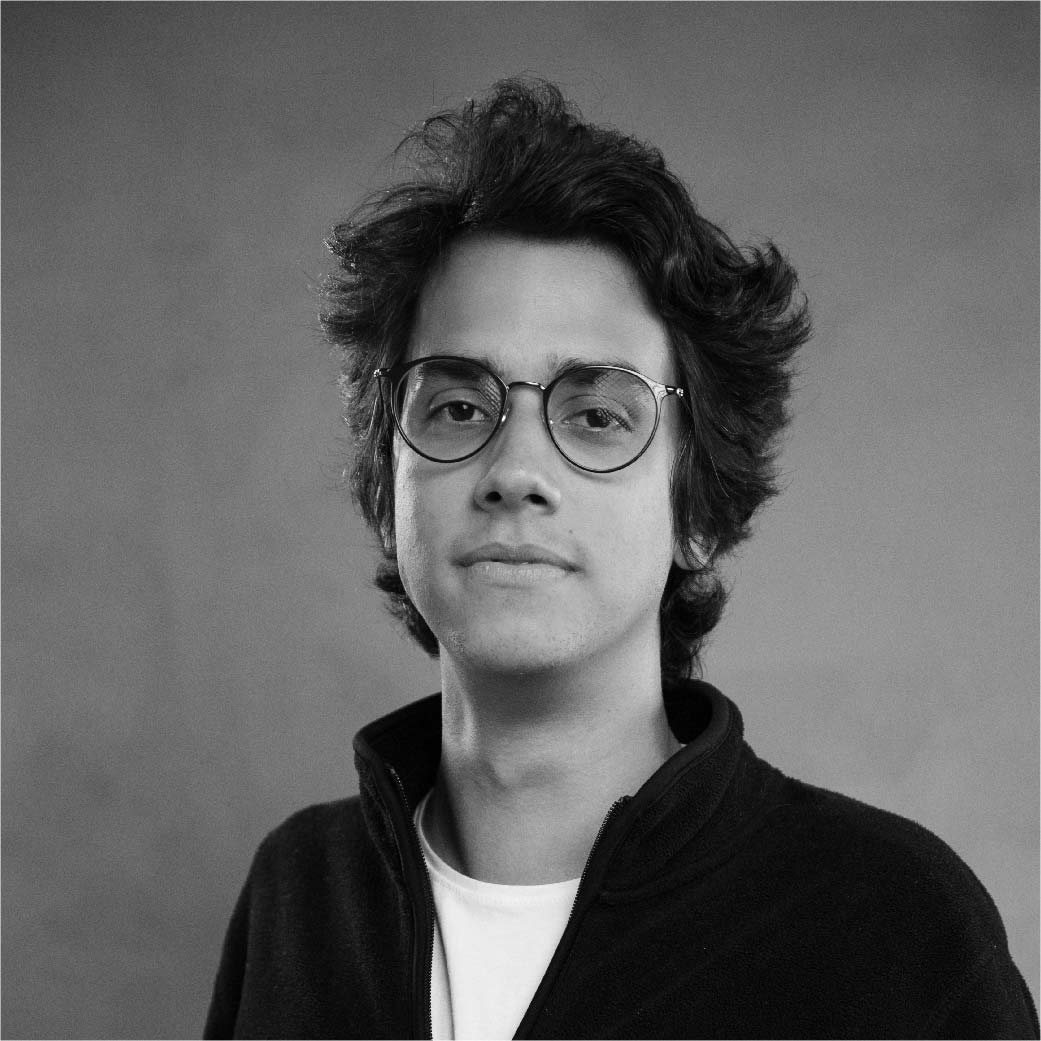 GABRIEL ALENCAR
Gabriel was born in Brasília, Brazil. He later moved to São Paulo to study Advertising and Marketing. Was also in São Paulo that he began his studies in filmmaking: intensive courses in Cinematography and Production Design, both at AIC.

He then moved to the US, where he graduated Master of Fine Arts in Filmmaking at the New York Film Academy in Los Angeles in 2019.

Since he started his filmmaking career, Gabriel was in over a hundred productions, in a variety of positions. He now focuses on Directing, Screenwriting, and Content Development for Architecture Hunter, which he joined in 2021. 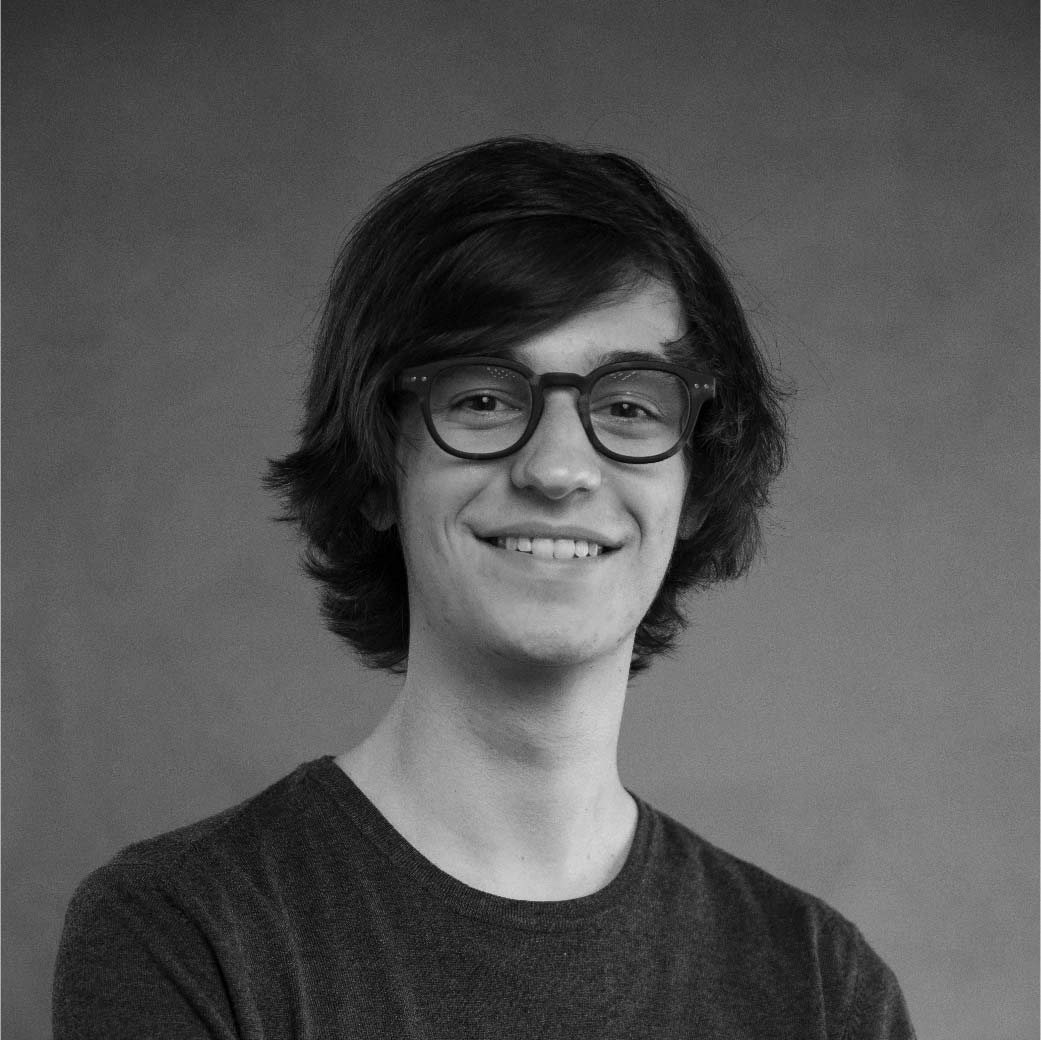 EDUARDO LINHARES
Born in São Paulo, Eduardo is an undergraduate student in Advertising and Marketing at ESPM-SP. He defines himself as a film enthusiast and was his passion for cinema that made him become a Film Director.

Eduardo joined Architecture Hunter in 2021 as a film editing intern, and since then has participated in dozens of architectural film productions, and the short film Lincoln was his debut as a Director and Screenwriter in a fictional piece. 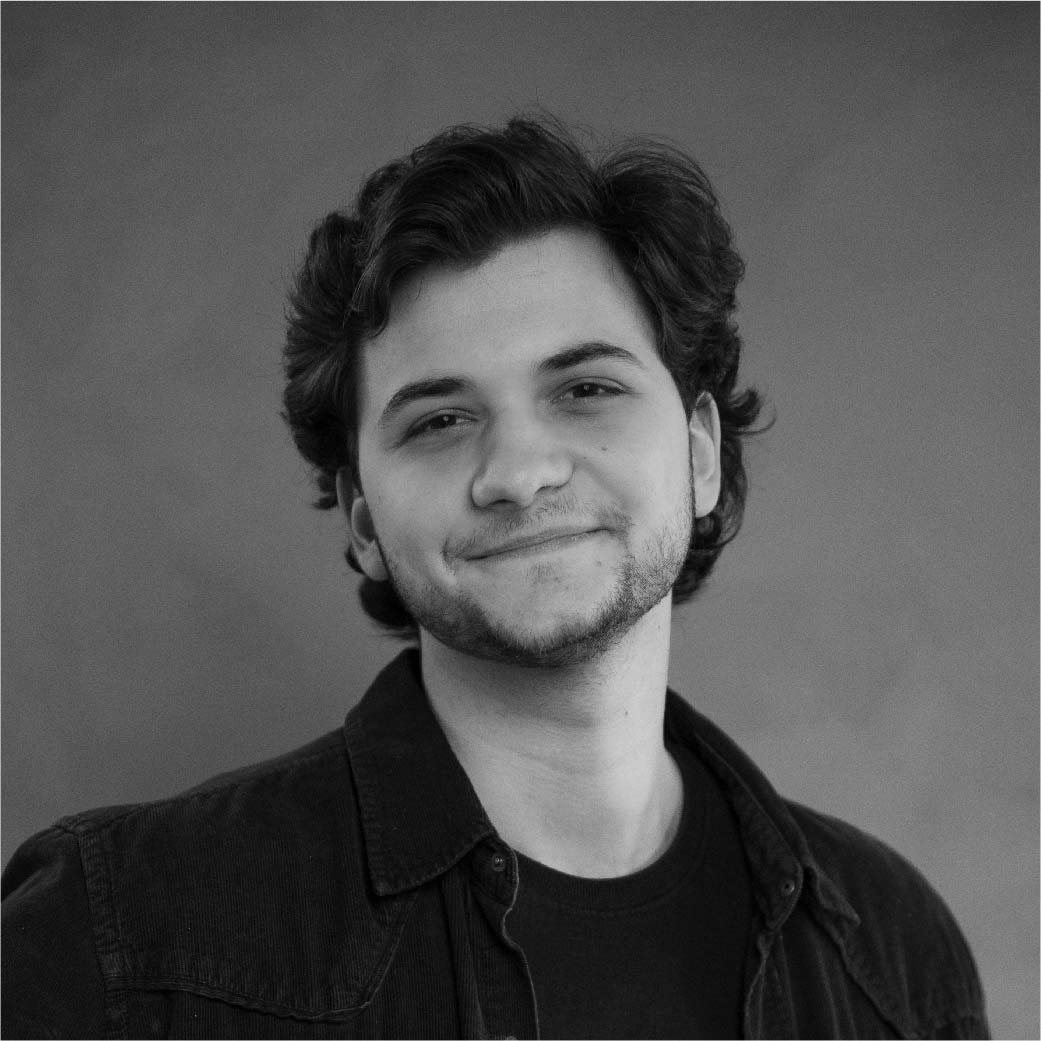 LEO DAHIA
Leonardo is from Salvador, Bahia. He moved to São Paulo when he was still young and lived his entire life there. He graduated in Advertising and Marketing at ESPM-SP.

Leo worked for three years in a health business company, but in 2022 he decided to pursue his dream of becoming a Filmmaker. That was when he joined Architecture Hunter.

At first, hired to edit film content, his passion for the craft allowed him to participate in several sets and direct many films for Architecture Hunter. 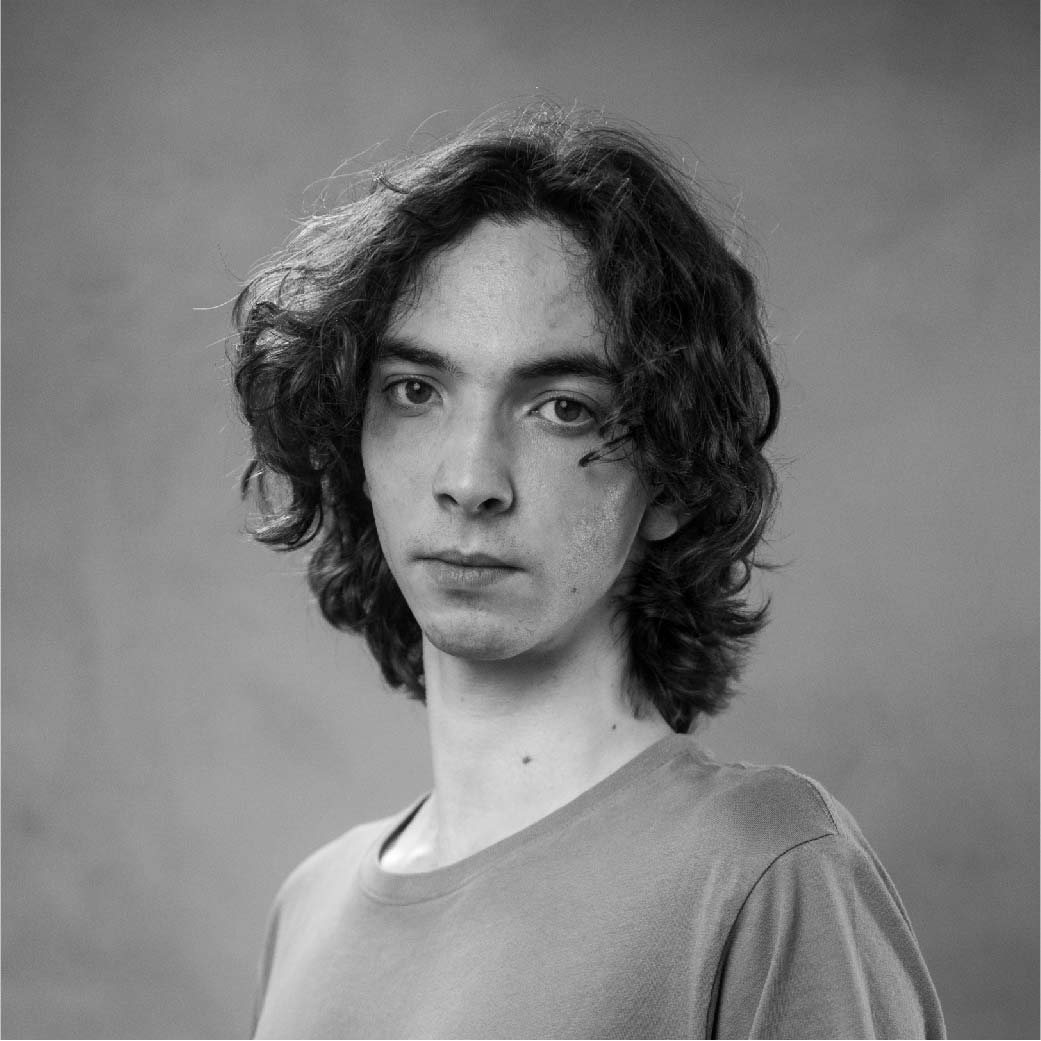 RAFAEL GUERRA
Rafael is from São Paulo. He is currently graduating in Audiovisual at ESPM-SP. Besides being an intern at Architecture Hunter's audiovisual team, he also works freelances as a filmmaker, which was where he started his career in his early high school years.

Through his course in filmmaking, Rafael experienced working with many type of videos, and since 2021 he began focusing on music videos for independent artists, until he started working at AH, having his first touch with architecture film. 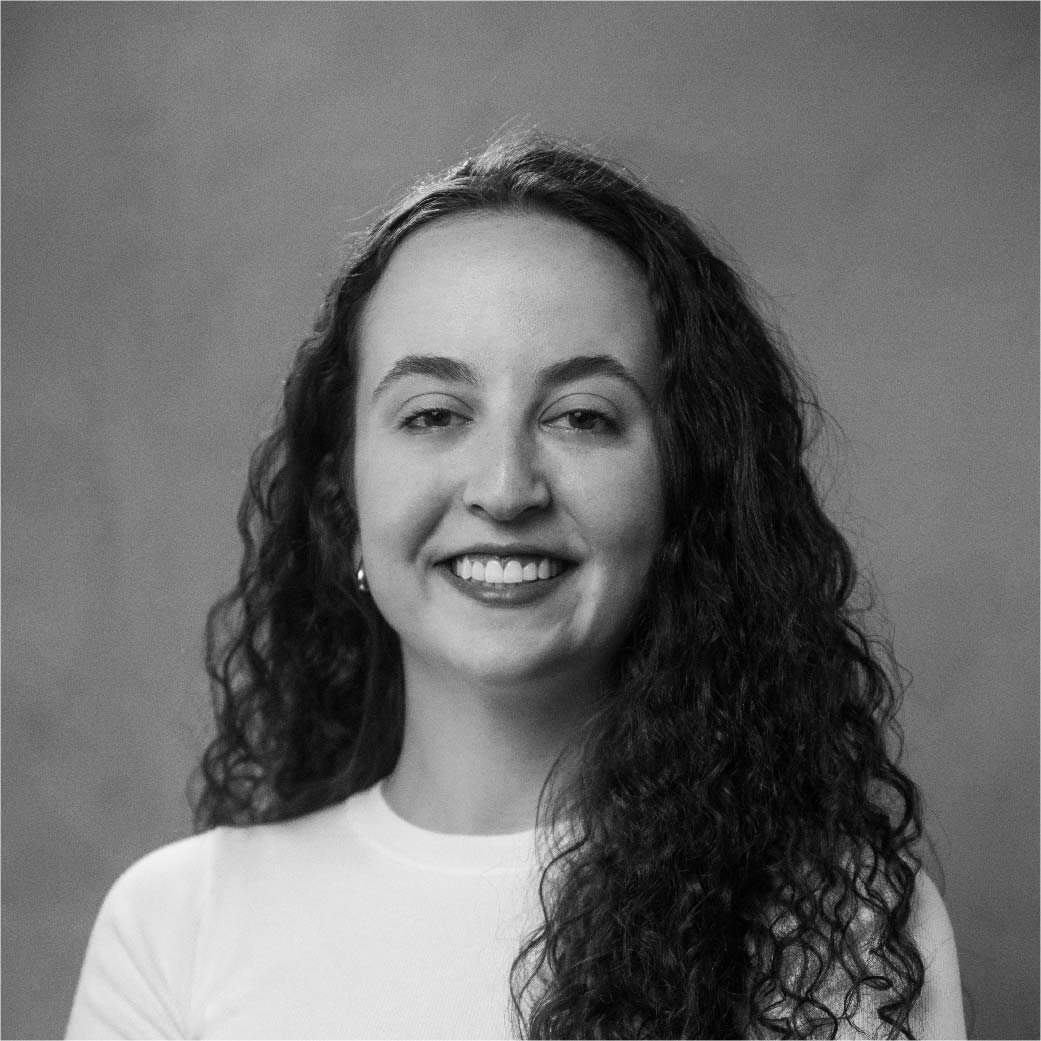 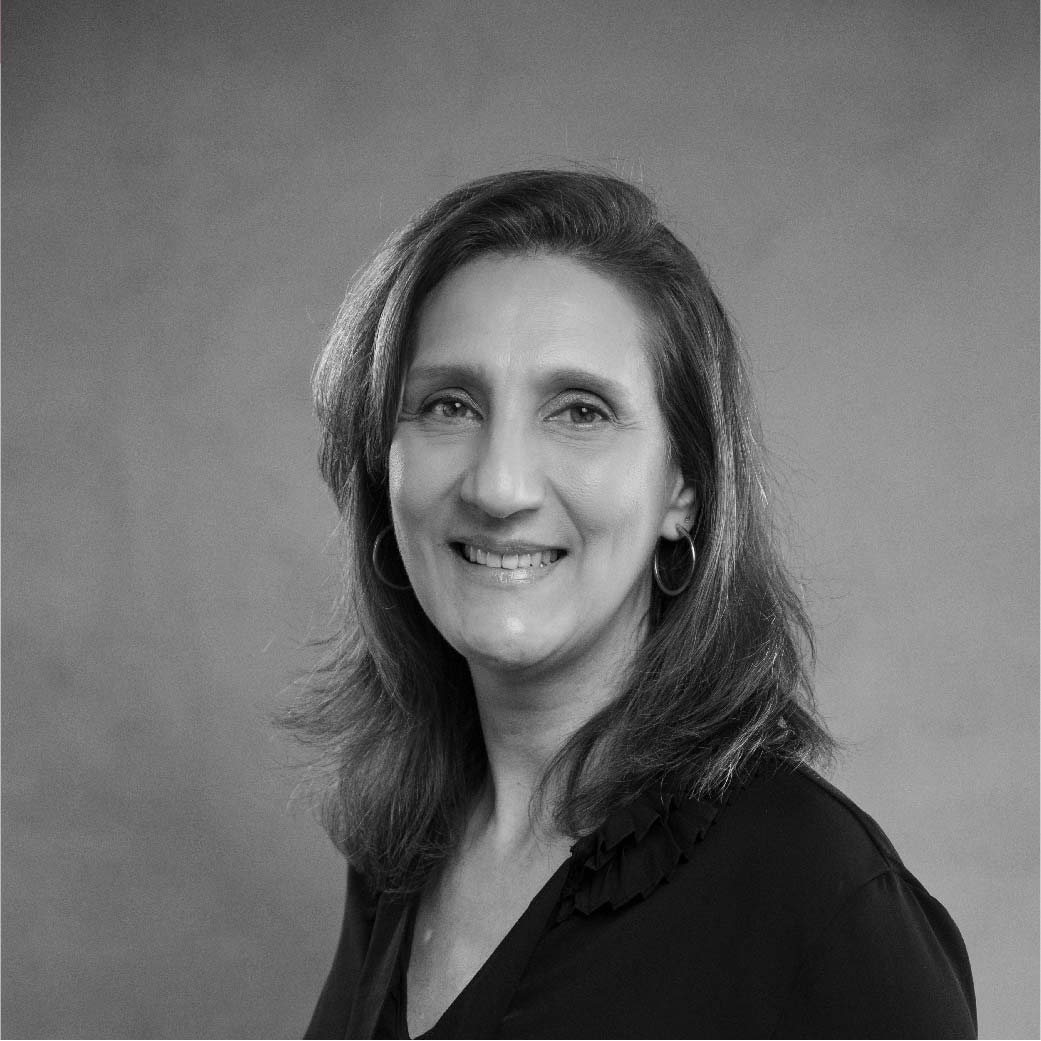 FERNANDA GIBELI
Fernanda was born in São Paulo. She studied Industrial Design at Mackenzie University and also History at the University of São Paulo (USP).

After living three years in Europe, she returned to Brazil and initiated her career in Art, Architecture, and Design.

For over twenty-five years, Fernanda worked in the commercial department of renowned companies such as Casa Vogue, Wish Casa, Marton Estúdio, and Boobam. Nowadays, she is Sales Manager at Architecture Hunter. 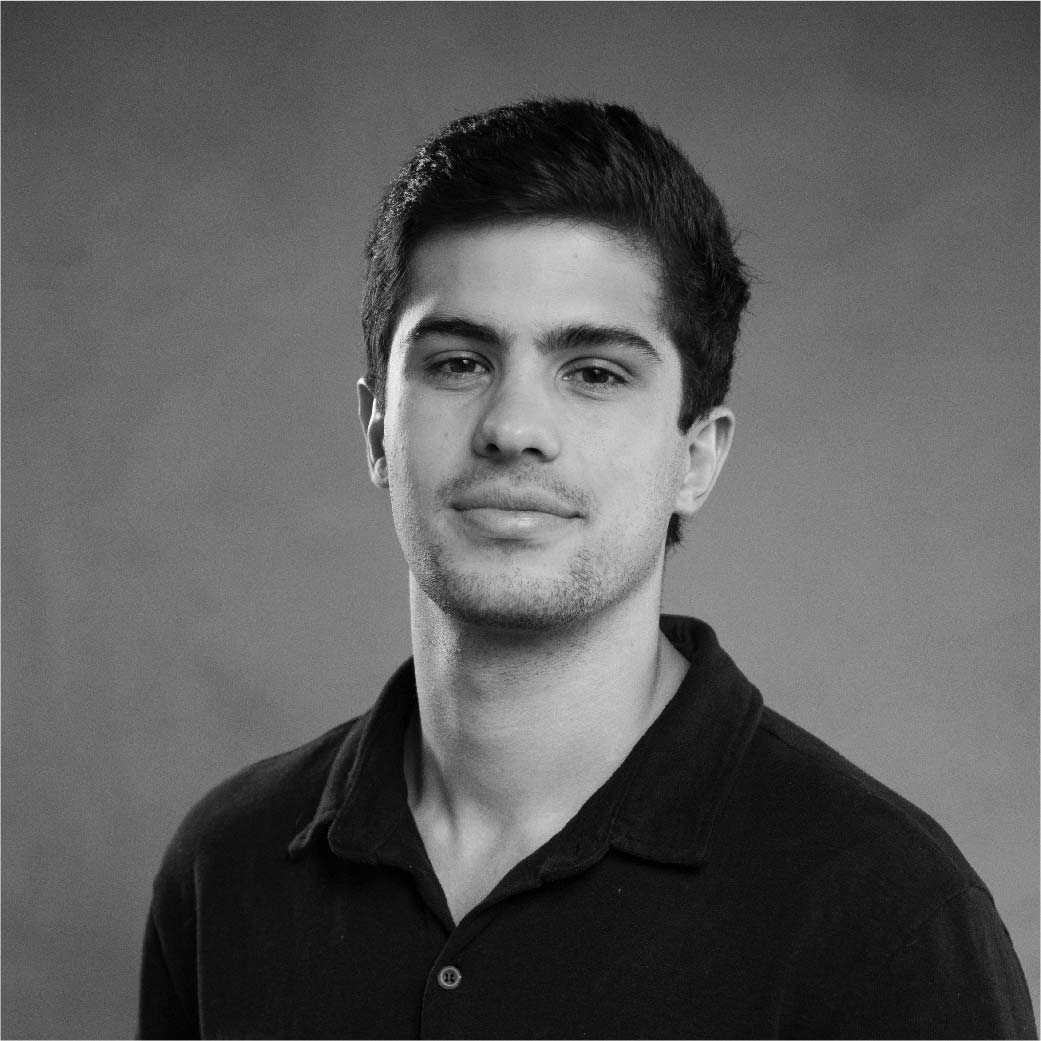 EDUARDO GUIMARÃES
Eduardo is from São Paulo. He studied Advertising and Marketing at ESPM/SP. He started his professional career as Marketing Planer.

In 2021, he decided to follow a different path and joined Architecture Hunter. Firstly as a Line Producer, he then migrated to Sales and Associate Producer.

Eduardo is passionate about cinema, music, and sports. 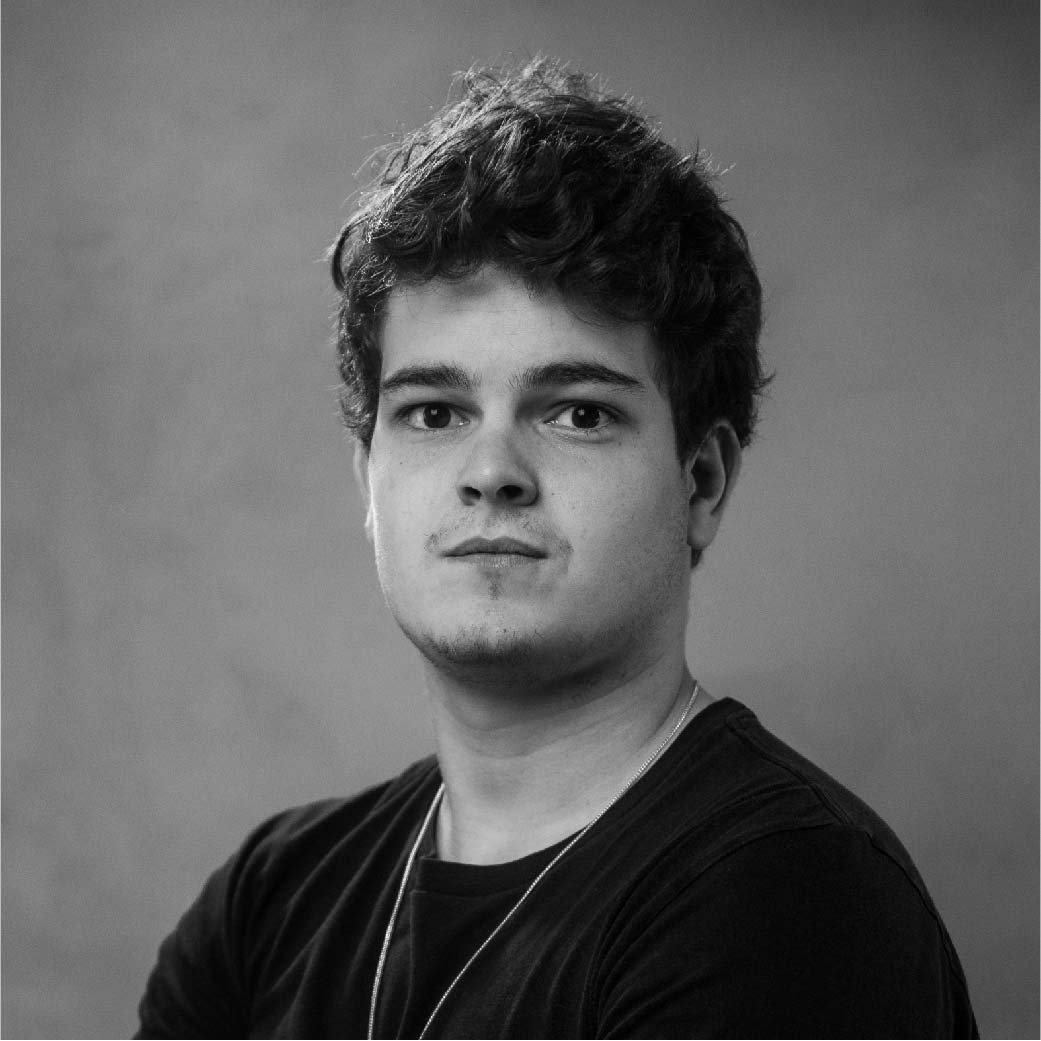 BRUNO CHAIBUB
Bruno was born in São Paulo, and he’s studying Business Administration at Link School Of Business. He has already taken some courses, including communication, at Stanford.
He started his career working in the financial and operational area as an intern at Architecture Hunter. 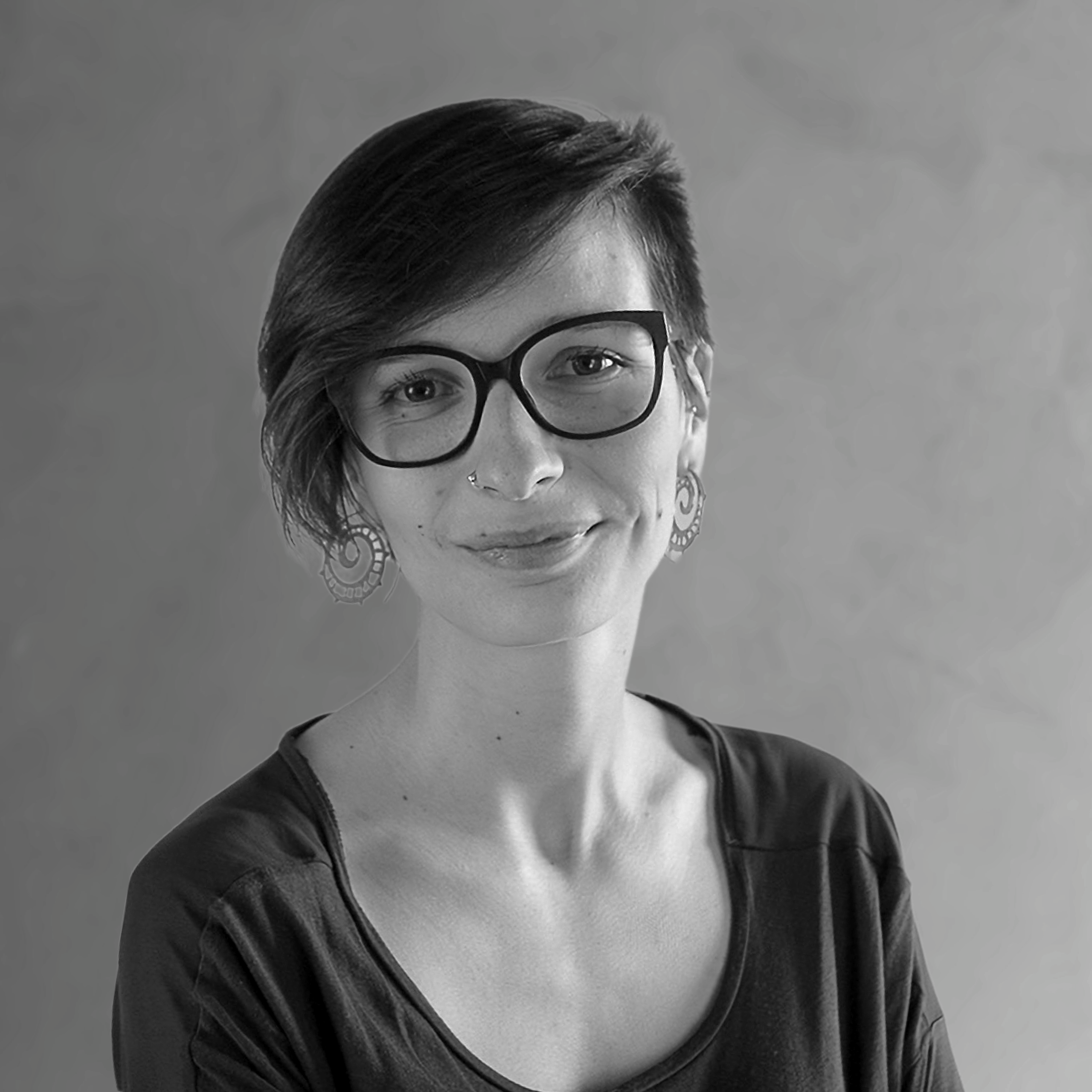 DANIELA SILVA
Daniela Silva is a Portuguese architect, researcher, and writer – with a career markedly multifaceted and international.

Currently, she divides her professional activity between practice in an architecture studio in Lisbon and the PhD in the field of Digital Architecture at ISCTE. Besides that, she’s Curator and Research Manager for the online platform Non Architecture, while also writing for different international magazines on architecture and design such as CLOT Magazine, Architecture Hunter, and more.

She’s a jury member for renowned international Architecture and Design Awards, such as Architizer’s A+Awards, UNI, and A'Design Award and Competition.